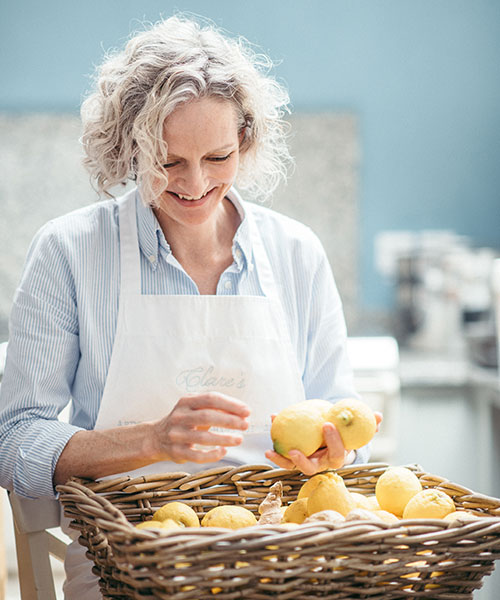 The Story so far

Launched in 2014, Clare’s Preserves is a true artisan producer of multi award winning marmalades, jams, jellies, chutneys and relishes. Based in the foothills of Dartmoor, all products are handmade by Clare in small batches, using traditional open pot methods.

How it all began:

Clare’s early career was steeped in saltwater adventures, working on vessels large and small, from a rescue launch in Mallorca to flight engineer on the cross channel hovercraft. In 2013 Clare decided to leave the maritime world behind her and turn a passion for cooking into a career – she enrolled at the award winning Ashburton Chef’s Academy, graduating six months later with a professional culinary diploma (with distinction). She then started producing a few varieties of seasonal preserves as a treat for friends and family. The feedback was so overwhelmingly positive that, combined with winning a Silver award for her Pink Grapefruit Marmalade in the World’s Original Marmalade Awards (home category) in 2014, Clare was inspired to create Clare’s Preserves.

A dedication to quality and provenance:

Quality and provenance are the driving forces behind all aspects of the business, from ingredients through to the packaging used. Clare knows the best ingredients make amazing preserves and ensures they are carefully sourced, using local producers wherever possible: honey from Dartmoor beekeepers, gin from Exmoor’s small batch distillery Wicked Wolf, organic cider vinegar from Farrant’s Farm in Dunsford. Fresh seasonal produce, such as rhubarb, damsons and soft fruits come from local growers, often being picked to order and delivered the next morning – by the afternoon it’s in a jar. The citrus fruits used in our marmalades have to come from further afield, but we work with a local supplier to source the best organic fruit and are very proud to use ‘Ave Maria’ oranges in our award winning Seville marmalades. Labels and packaging come from companies in Devon & Somerset and we insist on using UK manufactured glass jars!

Our preserves have been wowing food industry judges from around the country since we started and to date we have received 45 coveted awards.

…and what a start to 2018! The first awards of the year come from the World’s Original Marmalade Awards and this year we scooped 8 awards, including the top accolade of ‘Double Gold’ for our Seville Marmalade with Dartmoor Honey….in other words this marmalade has been judged as being this best artisan made traditional marmalade in the World 2018. As a result of these awards, sponsors Fortnum & Mason have selected this product to be sold at their prestigious flagship London store

Now we look forward to seeing what else 2018 brings, keeping our fingers crossed for more success!

Read my ‘Graduate Story‘ on the Ashburton Cookery School website.